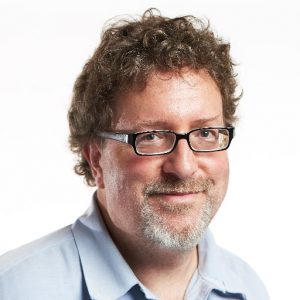 Wallace Marshall, director of the Center for Cellular Construction at the University of California, San Francisco, receives the I2CELL Seed Award.

An electrical engineer who turned to a cellular biologist, Professor Marshall is familiar with concepts used by programmers to understand computers without becoming overwhelmed by their degree of sophistication. The I2CELL selection committee was convinced by Wallace Marshall’s project that these concepts could be applied to living organisms, particularly to Euplotes and Stentor (single-celled protists like the well-known Paramecium).

The 3 years experimental project consists of studying the walking behaviour of Euplotes as well as the learning behaviour of Stentor, both of which lack a nervous system, to identify the underlying algorithmic processes and the cellular and molecular components involved. The knowledge of the algorithms would then enable behaviour predictions.

In line with the requirements of the I2CELL competition, Wallace has set up a collaboration with computer scientist Jordan Pollack, chairman of the Computer Science department at Brandeis University. Not a newcomer in the field of biology, Jordan will share his expertise to help elucidate the algorithms and explain the way they are materially implemented in the cell.

A further objective of the project is to expand the scope of the approach to other free-living single-celled organisms. This could trigger a change in the way biologists regard living systems: as information-processing machines graspable thanks to standard concepts of computer science and technology.