Living cells and computers both handle information. Several cellular processes require sorting. For example during cell division, it is suspected that some proteins (biological Maxwell’s demons) are in charge of measuring the ageing state of proteins triggering their fate: staying in the mother cell or populating the daughter cell. The end result is a young daughter cell which is what permits the perpetuation of life.

Like living systems, computers age; more precisely, transistors, the elementary building blocks of electronic circuits, age. This ageing process decreases the switching speed over time and thereby the overall performance. Processors and memory circuits are therefore equipped with components that monitor transistor performance, and progressively slow down the speed of computing to increase their lifespan. Do similar controls exist in cells that monitor the age of cellular components and adjust the speed of biological processors (RNA polymerases, ribosomes)? It might be valuable, when searching for biological Maxwell’s demons, to identify protein networks that measure the intrinsic ageing of proteins – which manifests through chemical alterations – and that slows down the speed of transcription and translation to increase the cell’s lifespan or that eventually triggers apoptosis or senescence to discard of or silence an aged cell. If it turns out that biological Maxwell’s demons are central for renovating the cellular protein synthesis machinery or to synthesize a young cell, it would allow biologists to revisit ageing theories accordingly. 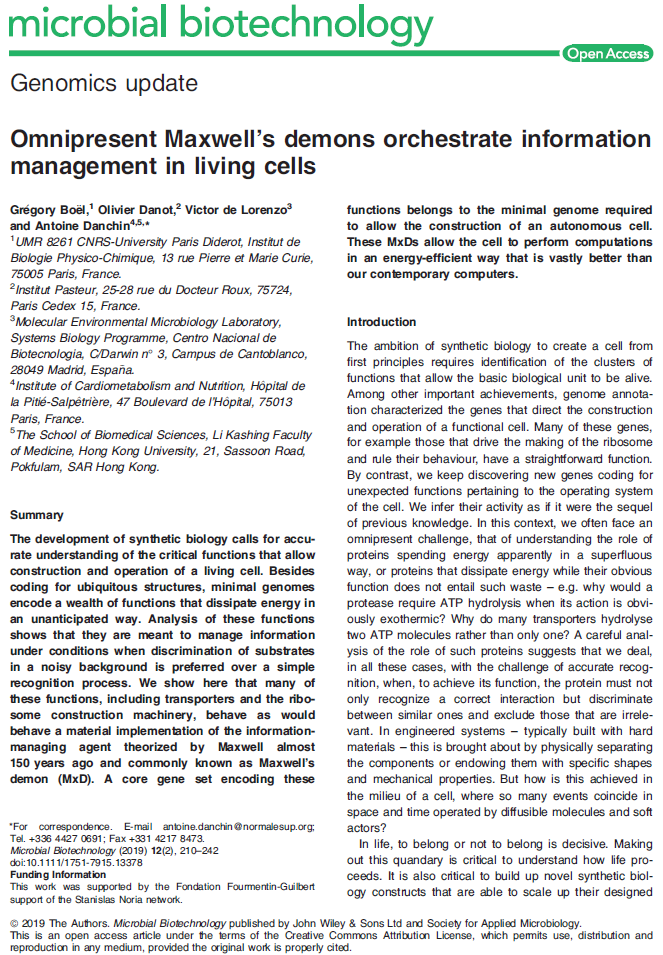